Good Luck To Gaz & Mike On Their First MMA Fight 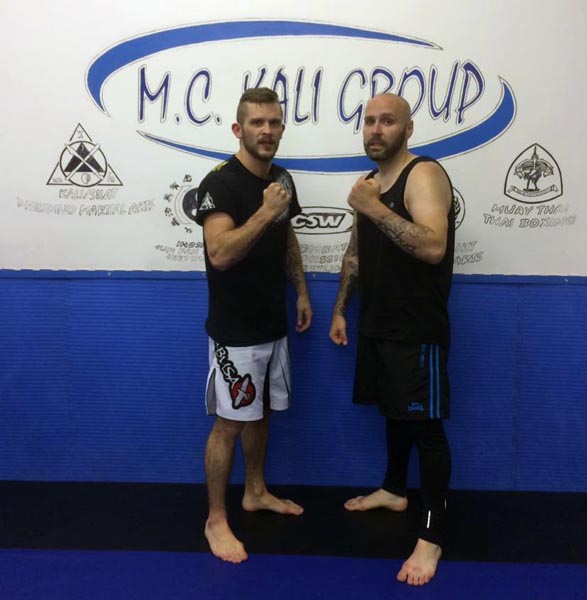 Gaz Boardman and Mike Young have been training at MCKG in preparation for their first MMA fight on Saturday 29th July 2017 at DW Stadium in Wigan.

They’re fighting for charity as part of the White Collar MMA event with only 8 weeks of training.

8 weeks ago, Gaz hadn’t any martial arts training but has thrown himself into our Combat Submission Wrestling programme under the guidance of Mel Corrigan and his team to get him fighting fit and technically ready for the fight. Gaz has shed the pounds, sticking to a strict diet, taken up running and even quit cigarettes and alcohol. The result is more than just his six pack abs as he’s dedicated to training 100% throughout the weeks leading up to the fight. Learning how to take opponents down and grapple them on the floor to reach a submission or dominant ground-n-pound position, Gaz has also learned how to punch, knee, kick and clinch with his opponent.

After much encouragement and gruelling physical conditioning from the team, Gaz has impressed everyone here at MCKG and we wish him and Mike the best of luck for the fight.

← Erik Paulson UK Seminar 2016 Friday 2nd December 2016 Save The Date - Erik Paulson Seminar on 7th December 2017 →
This website uses cookies to improve your experience. We'll assume you're ok with this, but you can opt-out if you wish.AcceptReject Read More
Privacy & Cookies Policy
Necessary Always Enabled