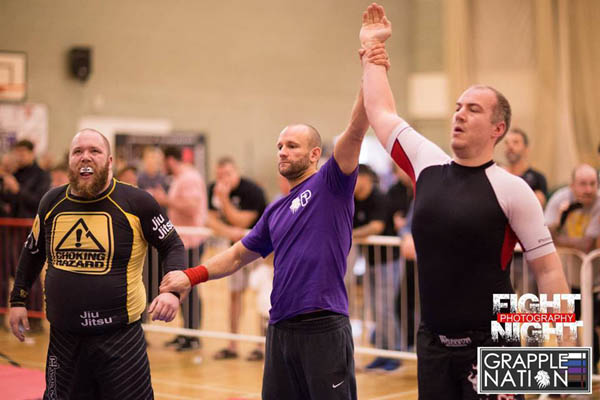 Two MCKG grapplers took to the same podium with Steven Rigby who won silver followed by Wayne Fagan who took bronze in the under 80kgs Advanced No-Gi division.

Lee Johnson secured silver in the over 95kgs No-Gi Advanced division to round out the medal haul for Wigan based MC Kali Group.

With 1 gold, 3 silver and 1 bronze, MCKG took 6th place overall in the medals table with over 45 teams competing at the event.

← MCKG Fighters Medal at No-GI British Open 2012 Charity Fundraiser 8 Hour Bootcamp at MC Kali Group on 20th September 2015 →
This website uses cookies to improve your experience. We'll assume you're ok with this, but you can opt-out if you wish.AcceptReject Read More
Privacy & Cookies Policy