Catch Wrestling, also known as Catch-As-Catch-Can, is an old Lancashire style of wrestling that became popular amongst miners back in the early and mid 1900’s. One of the most recognised gyms teaching catch was located here in Wigan, named Riley’s gym.

Run by coach Billy Riley, a hooker in his own right, the gym became known around the globe for producing some of the world’s finest catch wrestlers and hookers such as Billy Robinson, Billy Joyce (Bob Robinson), Jack Dempsey (Tommy Moore) and Karl Gotch. Such was the skill coming out of Riley’s club in Wigan that the gym earned the nickname, “The Snake Pit”.

Whilst the art of Catch Wrestling may have diminished in the UK over the years, the style has flourished in America and Japan where Billy Robinson and Karl Gotch both relocated and taught. Billy Robinson was known for coaching Kazushi Sakuraba, a Japanese fighter who earned the title “The Gracie Hunter” after defeating numerous members of the Gracie Jiu-Jitsu dynasty including Royce, Royler and Renzo.

Where catch wrestlers will do everything they can to avoid having their shoulders pinned, due to competitors able to win a match via a pin as well as submission, Combat Submission Wrestling encourages students to fight from their back and use it as an advantageous position where one may submit or control an opponent.

Having trained with and coached catch wrestler and MMA fighter ‘The Warmaster’ Josh Barnett, Erik is experienced in the catch wrestling style and, by blending it with other grappling arts, has helped to keep alive the brutal, painful style of wrestling – or “Physical Chess” as Billy Robinson coined it.

Mel Corrigan, owner and head instructor at MCKG, is a level 2 qualified instructor of Combat Submission Wrestling under Erik Paulson and offers unparalleled coaching in CSW, with its blend of catch wrestling, in Wigan. 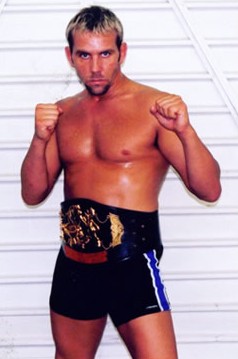